When you see an image with a white background click on it to enlarge it, then use the right and left arrow keys. Try pressing F11. There's also a slide show option.

The Rugby World Cup has started in Auckland and the so-called "party central" is located on Queens Wharf in the CBD. They've renovated Shed 10 and I found these bands out assaulting ear drums: the sound level was well into the "permanent damage" range so I wore earplugs and felt the music as much as heard it. Using a speaker stack as a camera support was an interesting experience: it felt like my internal organs had been placed in a tumble dryer.

One of the stages had excellent access - I could touch musicians if I wanted to - which gave the opportunity for some unusual angles. I liked the facial expressions on the performers and audience, as well as the lighting. 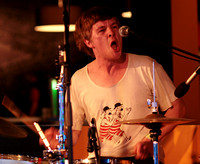 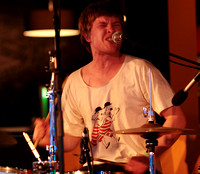 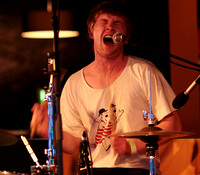 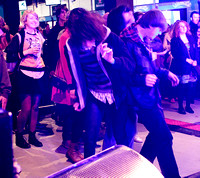 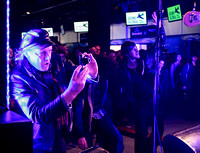 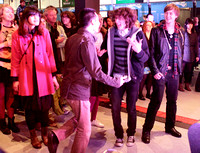 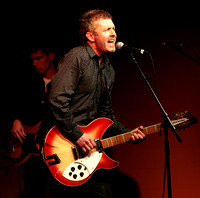