I took Joseph on a free tour of the Port of Auckland. This is done on a ferry and there's a commentary that explains the history of the port and the present operations. We got very close to the huge container ships (normally this is not allowed) and the various wharves that aren't open to the public. After that we went up to and under the Harbour Bridge, followed by a jaunt through Westhaven Marina and Viaduct Harbour, where I explained to Joseph the reasoning behind naming a trawler Kingfisher. The trip took an hour and Joseph thought it was "cool".

After looking at the historically-styled tall ships Spirit of New Zealand (photo #17) and Soren Larsen beside Princes Wharf we caught the Devonport ferry and had lunch beside the sea. Joseph asked some interesting questions about wave dynamics as we watched them rolling onto the beach.

In Devonport we found a couple of curiosities, which you will see photos of, and Joseph utilised the playground.

He thought that the day was "adventurous and wobbly", the latter a reference to the boat trips in very calm conditions. 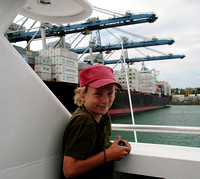 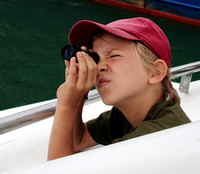 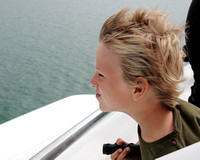 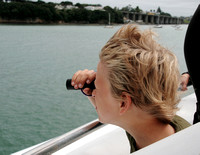 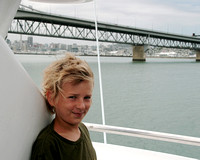 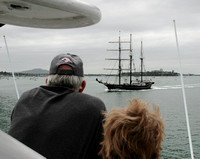